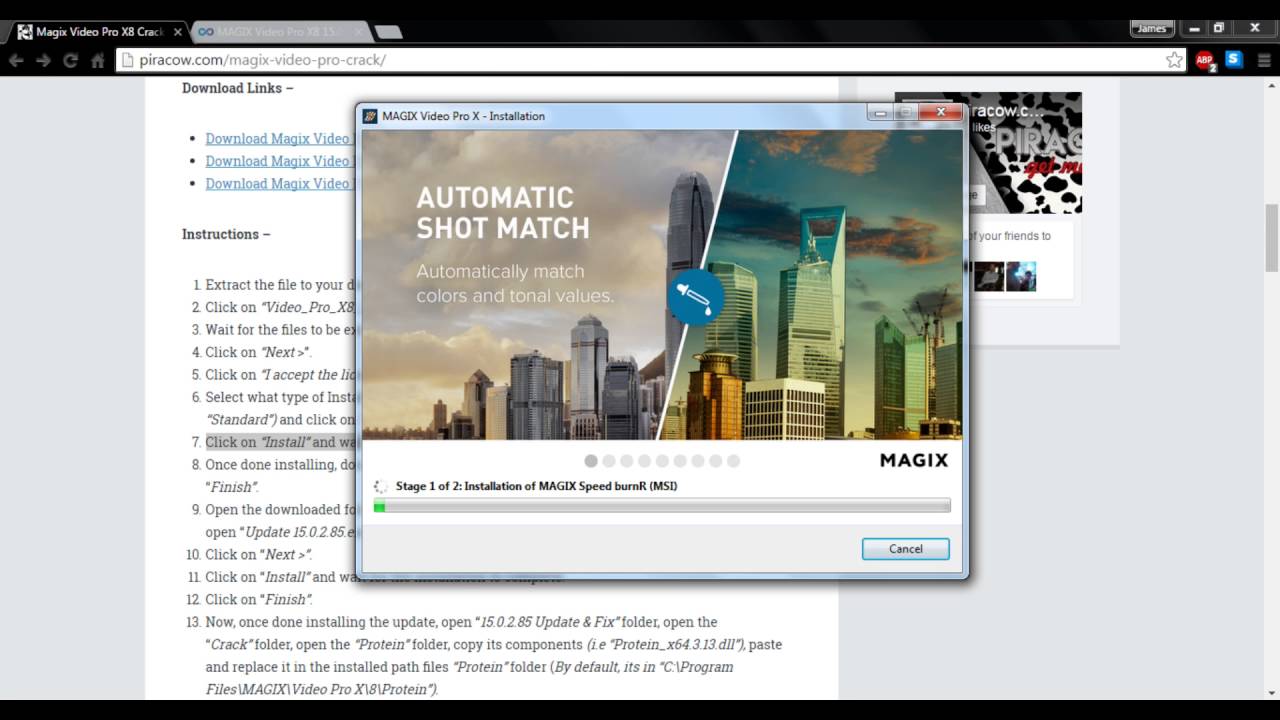 MAGIX Video Pro X8 is a powerful video editing program for Windows. It lets you import video and audio clips, synchronise and edit them on tracks in a timeline and produce a final video in a variety of standard formats, or burnt to a DVD or Blu-ray disk.

The workspace is broadly similar to other video editing programs. At the bottom half of the screen there is a multi-track timeline onto which you place your source clips. Above this there is a vertically-split area. To the left is the video previewer. To the right is a multi-function tabbed panel where you can browse files on disk, select fades, transitions and effects or add titles in predefined styles. The video preview area is further subdivided so that one part shows the video on the timeline while another part shows the clip selected in the file browser. If this layout is not to your taste it can be configured by moving and resizing windows and saving your arrangement by name. There are also some preset window schemes including one to optimize the layout across multiple monitors.